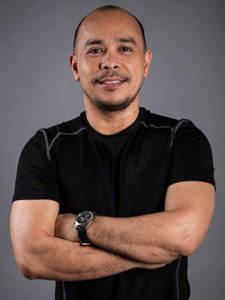 NEIL MARISTELA was a TV Director and was the former Executive In-charge of Production at one of the fast-rising TV networks in the Philippines. He was a graduate of the Managing the Arts Program of the Asian Institute of Manage- ment (AIM), and now works as event organizer, film producer, corporate event director and marketing consultant.

The TV programs he created for NET25 such as “Spoon”, “Moments”, and “Landmarks”, to name a few, are consistent recipients of various national awards. He was also part of the team that lobbied for the approval of the Ja- panese digital TV standard (ISDB-T) as the platform for the transition from ana- log television broadcast to digital terrestrial television (DTT) transmission in the Philippines.

He is currently a Managing Partner and Director of Marketing at Fluid Media Strat House Corporation.