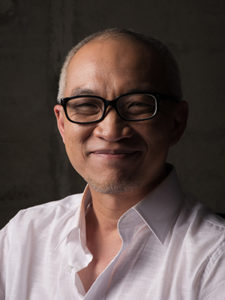 Indonesian by nationality, Bangkok by residence,and working for Berlin, Shanghai, Cape Town and QCinema Film Festival in Manila, John Badalu is also a freelance producer. His latest film MALILA: THE FAREWELL FLOWER bagged the Best Film Prize at Kim Jiseok Award in Busan Film Festival 2017. He was a part-time lecturer at London School of Public Relations, and one of the founders of Q! Film Festival Indonesia. When not working, John is often found in a remote island or waterfall.